The Arts comprise of Music, Art and Drama. The staff are very gifted in these areas. The school seeks to include the expertise of parents, past pupils and members of the community. 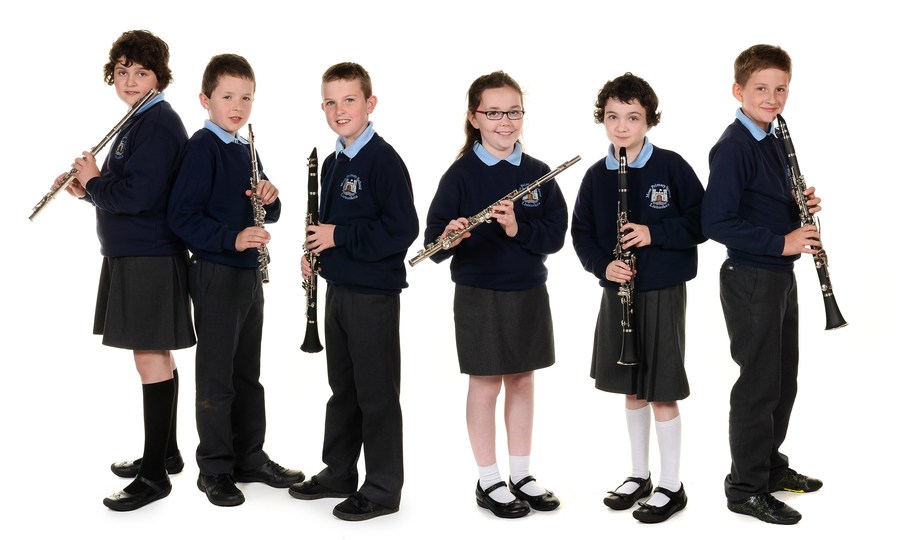 Some of our instrumentalists

Piano lessons are offered with a private music teacher in school

Lessons are prepaid on a termly basis and last for 20 minutes. Pupils can enter for examinations.

Pupils are regularly taken to the Ardhowen Theatre in Enniskillen, Devenish College and other venues to watch live stage productions.

In 2012 we were involved in a production of Winners in the lead up to the Olympics of 2012.

In 2015 and 2016 the P7 pupils put on a performance for their parents and families which celebrated The Arts- drama, dance and music.

Lessons are prepaid on a termly basis. Pupils are entered for examinations, if they so wish. All pupils have received 'Distinctions'.

The school choir has sung in churches, other schools, residential homes, Crom estate, Enniskillen and in the Odyssey in Belfast.

We enjoyed Stig of the Dump, Jack and the Beanstalk and Tom's Midnight Garden performances through 'Theatre on the Move' performances.

The school has valued the support from Dylan Quinn Dance Theatre in creative dance.

All pupils in Years 5-7 can avail of woodwind tuition.